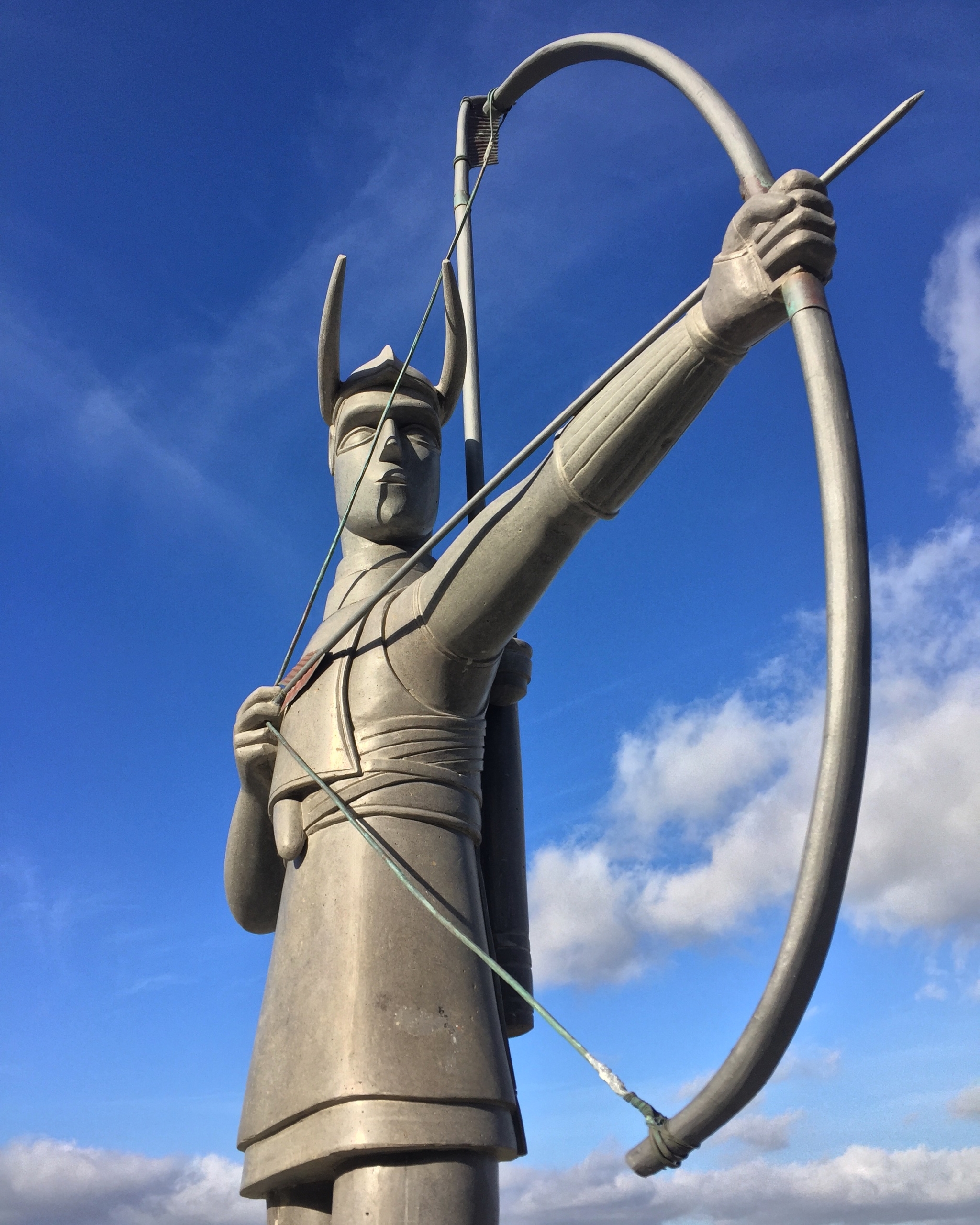 Holiday Homes in Sardinia: a paradise for everyone?

When I read certain quotes about Sardinia, my stomach gets sick. It’s described as a wild and sleepy island where for centuries, it goes round and round, not much has happened. Nothing more wrong. The more I read, the more I realize that our history is very intricate and full of events, not only in the cities, but also in the most microscopic centers.

It’s my opinion that, at the base, there is a wrong, stereotyped and home-made commercial narrative, which on the other hand even risks damaging tourism. For decades there has been talk of “diversification and seasonality of tourism”, without criteria proposing two or three festivals here and there, but never the true identity of a place, the true treasure, I still don’t understand why.

A large portion of my generation, for example, is unaware of their history. So how can we expect to be able to “sell ourselves” (a very ugly term) to tourists? With two Seadas? Speaking of “myrtle and silence”? With two nuraghi whose history is not even known? Someone in the academic field denounces a sort of conventio ad excludendum regarding the ancient Sardinian history which, to some extent, could justify our ignorance and reluctance in worthily proposing our history that boasts at least 5000 years of clear evidence, of a very different culture and particularly with respect to the rest of the world, something we should be deeply proud of.

Over 8000 Nuraghi have been registered in Sardinia. Domus De Janas of the pre-Nuragic period ranging from 4,000 to 3,000 BC they count about 2400. The pre-nuragic altar of Monte d’Accoddi, unique in the Mediterranean basin that has so much the appearance of a Ziqqurat of Mesopotamia. What about the Giants of Mont’e Prama which, with good reason, could be enough to overturn the importance of Sardinia on the panorama of the history of the whole Mediterranean. I ignore the vestiges of the Roman and Punic period, which however find much more impressive and important realities throughout the Italian territory and therefore certainly do not represent a Sardinian unicum. 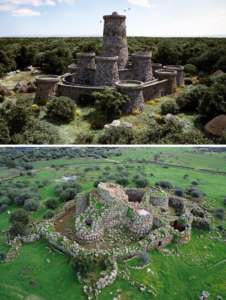 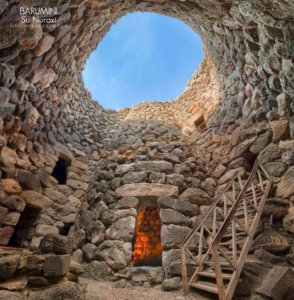 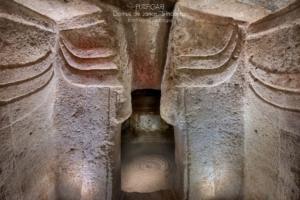 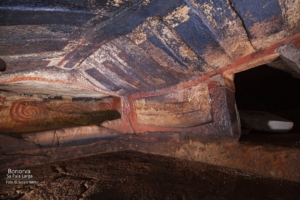 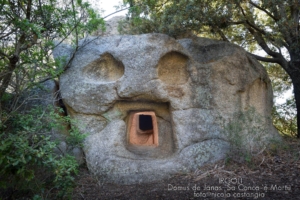 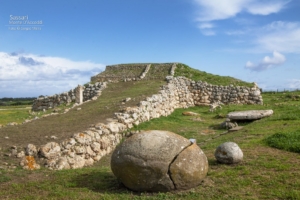 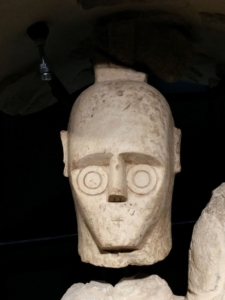 Now, leaving out the big logistical problems of the island, which deserve a separate chapter, if our history, our culture and our identity are not disclosed locally, internal tourism in Sardinia will hardly come to life. It will be the prerogative of the usual realities related to the beaches and will always and only be seasonal. Sardinia could by law be an open-air museum if only there were a project aimed at enhancing the archaeological heritage in a single network to be disseminated on the international scene.

An existing foundation in Sardinia tries to do something about it, that of Nurnet the network of nuraghi which, on its website lays the foundations of its mission:

The site, among other things, places at its center a portal with the geolocation of both pre-nuragic and nuragic archaeological sites: http://nurnet.crs4.it/nurnetgeo. Impressive the image taken from the geoportal dotted with colored points throughout the territory that highlights the wealth of sites throughout Sardinia 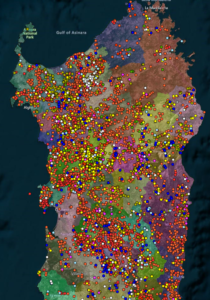 The basic idea arises from the belief that in the modern and global tourism market, uniqueness represents a concrete possibility of offering added value to one’s territory. For Sardinia, this competitive advantage can only be traced back to the heritage of the pre-nuragic and nuragic periods. The main purpose of Nurnet is therefore to spread the knowledge of the pre-nuragic and nuragic period, highlighting the value of the countless archaeological remains of that period, in order to adequately reposition the image of the island and allow its identification on the market of the world tourism demand. The key to the success of the brand is a bottom-up strategy, aimed at building a network of relationships, between the Foundation and users, understood as an integral part of the project, managed on the Nurnet portal, on social networks and in a direct relationship through the ” organization of corporate events and campaigns.

To this end, in 2014 the foundation approached the then Councilor for Tourism, Crafts and Commerce with this document: http://www.nurnet.net/blog/la-prima-bozza-del-progetto-che-nurnet-ha-proposto-allassessore-al-turismo-della-ras/. To date, nothing promising is seen on the horizon from the Sardinia region in this sense and nothing on the side of transport problems, a crucial node for any project to relaunch Sardinia.

Here I quote a very eloquent and explanatory excerpt from the Nurnet site:

In what social and economic context does the Nurnet project stand?

Sardinia has characteristics of a “slow” territory in which a different attitude is evident than in richer territories. Insularity also determines the impossibility of competing in terms of continuous growth and global competition. In this scenario, development must not be understood as “growth” but as an improvement in the quality of life that has at its center not the level of consumption but social welfare. The Nurnet project contributes to a vision of the territory that attributes value to identity, social capital and endogenous cultural heritage. Sardinia has an archaeological heritage of the pre-nuragic and nuragic epochs very little valued and Nurnet identifies in it the uniqueness to offer to the global tourism market. The enhancement of minor territories and their cultural heritage, both tangible and intangible, passes through the combination of identity (Heritage – see European Commission documents) and tourism. Identity is here understood as “the set of specificities of a territorial system, sought in order to achieve competitiveness, in comparison with other territories and therefore in the ability to generate value”. They are identified in the historical buildings and monuments; prevailing landscape, flora and fauna; language, literature, music and art; popular events and traditions; traditional lifestyles. This is a model widely applied in Anglo-Saxon countries with a view not to mere protection but as a development factor. We lack the ability to apply. Politics has not been able to do this and Nurnet tries to contribute to the process of starting from the bottom, with low-cost and non-profit techniques.

I invite you to visit the Nurnet site and participate in the vision of this handful of Sardis, with a clear vision on the potential of the Sardinian territory and take a look at this facebook page: https://www.facebook.com/archeofoto from which I took some photos that honor the Sardinian millenary history.

Why rely on a real estate agent 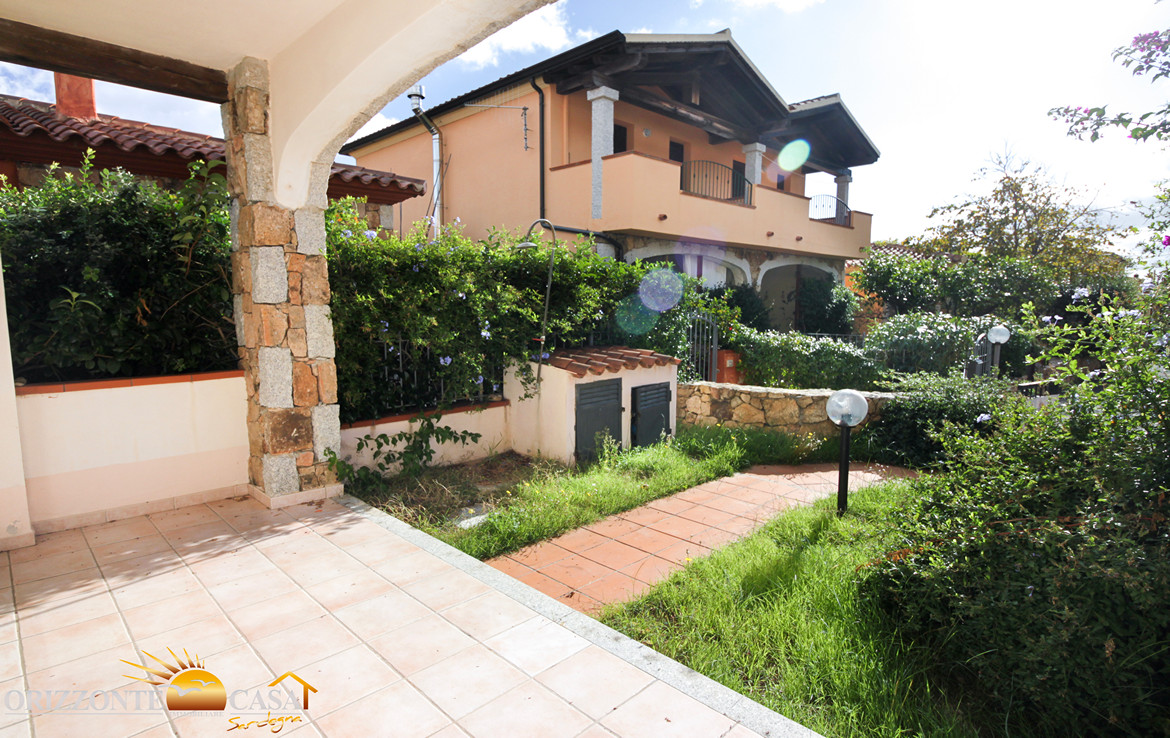 Coronavirus: how does the pandemic affect the real estate market?

The Coronavirus has inevitably affected the lives of all of us – in such a short amount of time....
Continue reading
by Bruno Riccardo Pala 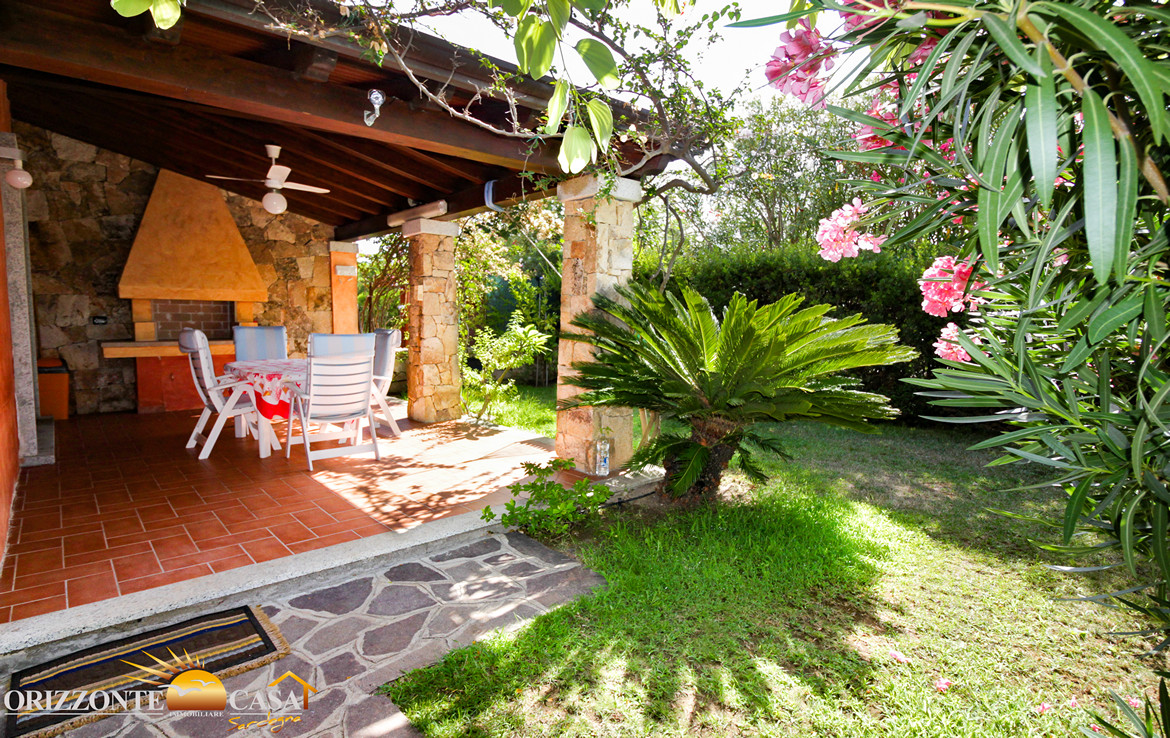 Are you thinking about buying a new home but aren't quite sure yet? Do you have your eye on a...
Continue reading
by Bruno Riccardo Pala 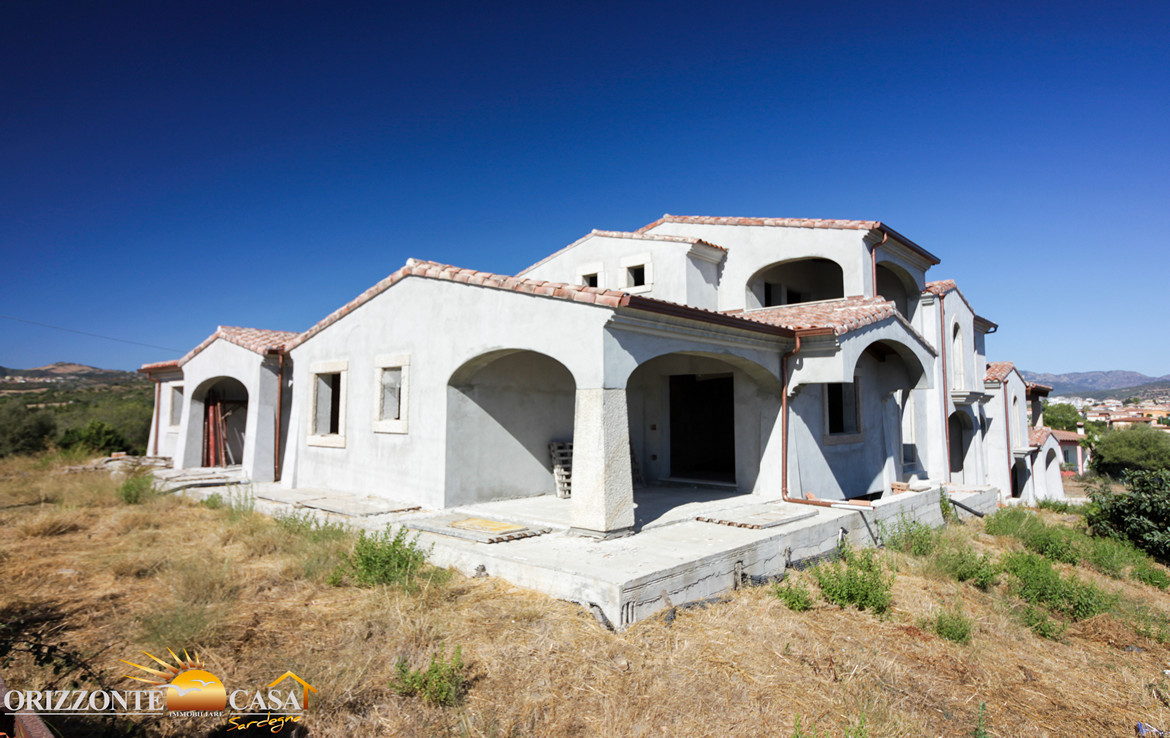 The process of buying a new home often involves a lot of thought and assessment. One of the main...
Continue reading
by Bruno Riccardo Pala